At UFC 254, UFC lightweight champion faces interim champ Justin Gaethje on Fight Island. The battle will decide the best lightweight on the planet, but does Nurmagomedov have what it takes to get past the American?

In this video - the second of a two-part series - we look at Khabib's last five years of fighting against Darrell Horcher, Edson Barboza, Dustin Poirier, Conor McGregor and Al Iaquinta to see if what threats the undefeated Russian sambist poses to 'The Highlight'. From his striking to his wrestling to submission game, we review the biggest threats in his arsenal ahead of their pay-per-view main event.

Damn Luke I just lost a ton of respect regarding ur mma analysis. Khabib is one of the shittiest strikers ever to step into that cage. His mechanics are pure garbage. The eagle punch is as big of a joke as he is. Terrible. He is going to do one thing, dive for the old nut sack. It’s all he knows. This is going to be a mauling, and khabib ain’t gonna be the one “smeshing”. I don’t think he is gonna be able to walk by the start of the 3rd round. This chum guzzler will be exposed by this time tomorrow. He looked straight up depleted at that weigh in today. One of the most non mechanically sound strikers ever. Period. U know this Luke. Can’t believe u just tried to say khabib was a adequate striker. Subpar would be a compliment. Showtime is starting to sway your opinions young man. Khabib couldn’t out strike a lightning storm

Luke "I don't have time to go over it, but trust me, I've watched kabibs entire fight library 53 times" Thomas

Too weird colours. May have kill some epilethics.

Luke looking like a new playable character in Fortnite.

I love your content, but never watch it... Can you not start doing clips?

It took me a while to stop hearing neon belly.

Gsp, khabib, tkz my 3 favourite mma fighters. I dont believe josh Thompson when he says khabib has all these hidden tricks to get take downs

Luke please add back the annoying Mortal Kombat music so we have something to bitch about. thanks

Excellent breakdown Luke, no one has done such a detailed job, well done! You have just won the follower! If Khabib wins tonight, send me your address, I will send you a gift!

First things first, I may be a little bit dirty, and wear the same shirt all the time. But I am definitely not homeless Luke..

Luke, I am completely confused about your branding. Are you solo or with CBS??

TheWeasle and Luke did the best breakdown of Khabib’s wrestling

"These wrestlers are tarnishing my sport." - Khabib Nurmagomedov

Bro you know what u talking about.. khabib did everything u say in terms of boxing

Thanks for putting effort into learning and teaching.

My official prediction is Khabib by RNC

The word you were looking for is nimbleness

Khabib's biggest threat to Justin is his triangle choke.

Thx bro i smashed the like button now my phones broken...# mrlukebuymeanewphoneplease

What an incredible break down! Thanks for this valuable information! Sub'd!

everybody wants to see a rematch between connor and khabib except khabib fans! you know connor is circling the wagons and khabib is scared, his camp knows its going to ruin his chances of retiring unbeaten. You know this!! dont you

I don't feel like many people talk about the classic Khabib position. The one where he puts the opponent's legs together and climb up the body. its like skipping the guard and the half guard. It's the single most dominant Khabib technique imo. great video though.

Love the new editing Luke keep up the great work.
Just 1 thing can we get more of a solid colour for the background please

What’s the size of that button up shirt??? I say 3X

Here we go again
Another fight Altered by Luke lol

LUUUUUUUKE,
You have to do a deep dive into
Prime Georges vs Khabib
Strike while the irons hot.

Whoa!! This was some deep inside out detailed breakdown on Khabib.

Im surprised that no one mentioned that Justin said he don't train jiu jitsu, probably because he got away with his takedown defence for so long. Yes i know fighters often lies but i always take Justin and Khabib at there words ( until proven otherwise) they are usually very honest. Just look how Khabib run threw him on the ground he usually try to soft people up until they are "ready "for the submission, I mean he even gave up the top position to choke him out.

Ariel really took this man's career down to the shirt wear

“Are you aware that you look like an optical illusion?” - Barry Pepper 25th Hour

Blue Luke. That's a little better. I think 60s psychedelia and go-go dancers would be better.

But you gotta get rid of that Opie Taylor looking shirt. I would go with a crew/mock turtleneck pullover. More relaxed looking.

My life's goal is to become Lukes beard - That's what I'm asking Santa for this year.

I was just waiting for your thoughts. Thumbs up

Really enjoyed all the Paula Abdul references in this one.

I think it's also not only about "Does a fighter know the correct defense when attacked?" but "Can a fighter react in time to an attack with a solution he may already know?" Khabib is extremely fast when chaining things together and you may not have time to react.

This is the best breakdown on Khabib I've ever seen. Great job Luke. New sub

that shirt with that bg is messing my eyes up

Khabib's entire game revolves around putting his opponents on the defensive, Bruce Lee talked about defending without an offense is a last resort because you're already losing

Love the blue background Luke !
Much easier on the eyes

Luke I disagree, he uses the Turk so opponents can't post to get up.

Luke has a lot of great Khabib takes and analysis in here. Solid content

Just a reminder- the fights in dubai- its on at 2:00 but im in chicago- so check your times

Very high quality content. The best in the business by a country mile

Sorry khabib is better boxer then justin, justin just throw while punches with no aim

Nice switch up in delivery; I like it. Its like a 'Dissected' in new clothes - a new shirt al least!
Its official - You've been Arielized!

Where the Cyberpunk music at :(((

When so many people try to understand how a fighter fights then you know he is special, the Goat

Kabib should fight similar sized opponents and with similar combination of cardio-wrestling-pressure heavy style. A suitable competition is Colby Covington who is actually has less walk around weight than Kabib but have a identical style . If you want to be P4P GOAT then you NEED to find similar sized opponents NOT smaller guys by hard cutting to 155 from 195lbs walking weight.

Luke jabs the screen to show off that ring. Sorry ladies

I don’t care what you say gaethje will tko khabib

If he wins this fight and does anything out of his weight division for the next fight, there will be no valid argument for not considering him the GOAT, he already is in my books,c'mon my man barely lost a round.

those glasses look dope on you

Luke is the mma analyst GOAT imo. Just a little step ahead of the others

chill out big guy Luke is making me flinch lol

Luke should have just said "look this guys a nightmare , we all know what he's gonna do but he's soooooo good he cant be stopped " lol

Excellent point of view. Had to only listen though, the shirt gave me migraine feelings. Think the combo with the background played a part.

I thought he was saying "Neon Belly" I was like, WTF?

So much for Khabib is not a finisher

This looks like he is doing an audition NGL, he seemed much more authentic in his old videos and live streams.

If Khabib can hold Gaethje down is it rape according to Justin?!

Totally Different breakdown from the stand up point of view of khabib's fight. I saw your breakdown about khabib's wrestling. This one is good as well. well done.

Khabib can strike from the guard?????? Who has khabib ever HURT from the guard with strikes. Any fighter can literally throw strikes from guard. He does not have good ground and pound. He controls people, he isn't viciously koing people with ground strikes.

Hy hater where are you

Man, that intro was sharp! Nice!

Luke should stop moving his arms so much.

No, those were facts not threats☺ 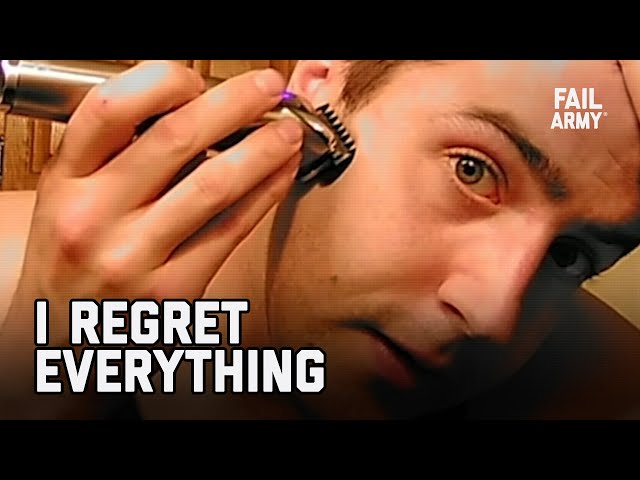 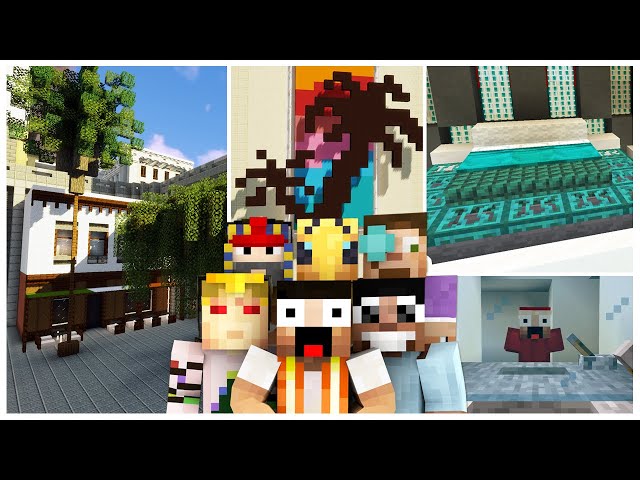 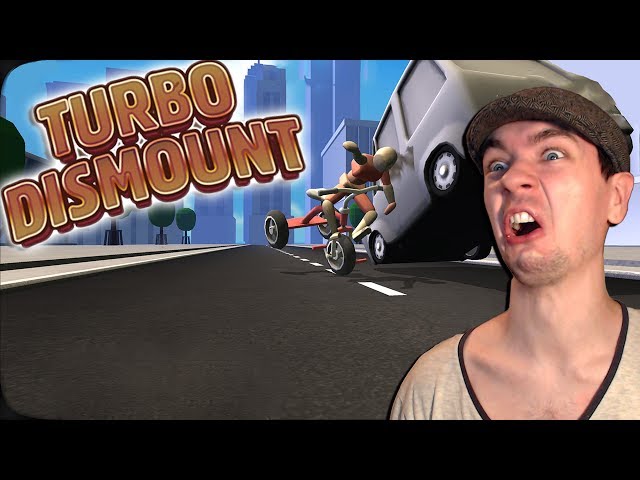 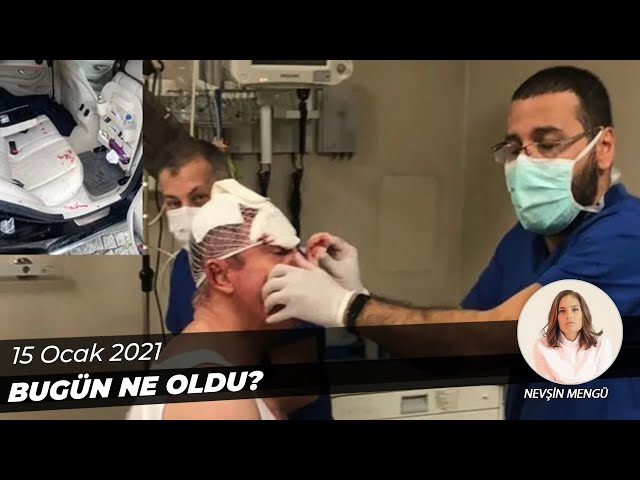 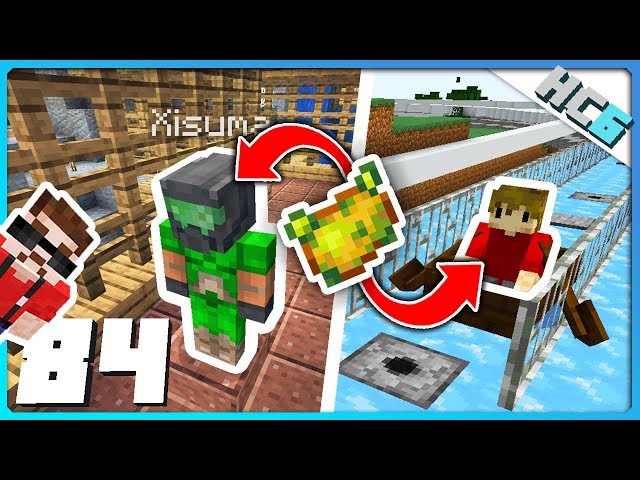 BadBoyHalo & AntFrost Discover How Skeppy Turned RED with the Egg...!?
Toxic Me
59 919 views