I wonder why the police and rescue boat only had one person on board ? How can they handle a rescue with efficiency?

What did it cost?

Seemed like all the cops were overkill, waste of resources

Why do most of these boats have their aerials down? Can someone explain?

I'm amazed that the Hialeah marine patrol didn't join in....

That’s a lot of tax dollars at work

I'll bet they were also UNAWARE that water was coming in.

kudos to the Coast Guard and the others, and the paradise should be fined for stupidity with the lowered antena

Did they lose their engine? Why the hell where there people in the water?

Smart people would stagger out assets like police and rescue boats BEFORE severe weather hits. DUH!!

Love all the Responders!!!

Always have a back up for a back up and everyone on board need to wear life saving device. Everyone needs to know what to do in emergency.

Need to make it law for captains to RAISE antennas once out in deep water. Another DUH!!!! Satellite phones, another DUH!!!

Seen it a million times, forgot to put that little rubber drain plug in the back.

what was the actual problem was it a bilge pump ?
and also look at all thoose vessels deployed over somethings that are controllable ? you would think going through thoose canals that there are signs all over to take every single precuation possible also .

Those morons did not know how to use all the communication equipment they had.

I'm amazed at how many law enforcement boats go out with a crew of one.

One cop we're is his partner? Don't make any sense.

1:30 female on the radio " Did I understand that all three people weren't wearing life jackets ? "
" OF COURSE NOT "

Thought it's a legal requirement in America to have a life jacket for each person on board??

People having to risk their lives saving the dummies, so they can look cool & not have to ruffle their new Gucci tshirt. Ridiculous.

do you know how mutch fuel the coast guard spend????i dont know how many boats,airplane......way mutch from the value of the boat sinking....why they didnt let it sink...or just send a boat..... bullshit....

I do not own a boat as of yet, however, this has taught me to never leave my VHF antenna folded. Thank you. No clue how you got recommend.

shoulda popped a flare being that close to shore and all.

Its twin inboards. Forget bilge pumps, should have had crash valves on his seacocks. Could have pumped it dry in minutes. But then again I am sure the seacocks are froze open.

WOW i sure wouldn't wanna be a CRIMINAL around there...!!!

how MANY different law enforcement agencies are able to ticket you there??? I counted like 4 and the SHERRIFF boat hadn't showed up yet!!! LOL

The stupidity is thick with this one. Knowing how to use your equipment is key.

Ya defund the police and send social workers next time.

Badass seeing the Cutter out there.

Don't you need a marine licence to operate a high frequency radio? It seems Florida needs stiffer restrictions on boaters,,,no one with kids aboard amo lifejackets should pass the inlet

Does he get billed for all the public expense or do taxpayers foot the bill?

If he had only raised his antennas he might have been able to solve this problem more quickly.

Have to say Thanks to the response team for the save, but not a single one had enough experience coming out of the river.

KUDOS to everyone who helped in any way. And special admiration for the stout little red tug that pulled her in. I have a fascination for Tugs, and that little red guy did a fine job.

On big water, I would always have a PLB like many private pilots also have. A last resort, but you set that off and it sends your exact GPS coordinates to NOAA and sets of the klaxons. Our son does remote mountain "hiking" to 10-12K feet and some kayaking on the Great Lakes (Superior and Michigan). We bought him one for peace of mind. That PLB can be the difference between life and death. Really good ones are only $250.00, waterproof, float, etc.....no brainer!

All the gear and no idea.

Why in heaven's name did he have people in the water? If his boat was afloat, abandoning ship was the last thing he should have done.

Hats off to all the guys who sprung into action

SO, WHY WAS IT TAKING ON WATER?
How is it that you were able to locate and video record (red circle) Paradise boat, yet the rescue boats said they could not find it?
04:30 FWC boat on way. Why take a small boat like that out?
07:24 Hollywood boat. Why this small boat going out after Paradise was already located by 6-8 boats?

When I see the madness in response here with either a coastguard cutter, spotter plane and various small ill-equiped ribs, I really do think the RNLI are so well set up for rescue, they do an amazing job here in the UK.

Being dumb shall be dumbest to some idiot shouldn't be on boat at all time.

I always wore my military inflatable PFD when we went out on my Dad's boat. My sister and brother teased me, my response was if your child goes overboard you don't have time to put one on you go get the kid immediately. The kids wore a PFD when on deck anytime. You never know.

That is why the vhf is always on 16 and antenna always goes up when on the water!

87’ USCG Cutter. Best in the fleet! Gotta appreciate how versatile these patrol cutters and crews are!

What a shame the moron still has his antenna down as being towed in some people just never learn. He’s a danger to boating and shouldn’t be out on the water hopefully they gave me a ticket.

I've been binge watching this channel, either Miami is full of people who are michael phelps or life jackets don't exist. Is it really that unpopular to wear one? There are some pretty nice ones that auto inflate and aren't as bulky.

Inadequate familiarity with their own boat...

A number of years ago I was fueling up at a local marina when a bunch of guys pull up in a 26 foot Proline with a 55 gallon drum in the cockpit. Right before we leave, one of them yells over to us asking how to get to the ocean. I already had an uneasy feeling seeing that fuel drum, and when they asked how to get to the ocean I wrote down the name of the boat. It was early morning and we were on our way out to the canyon. Just as we passed the 20 fathom line, I heard the CG trying to contact a vessel in distress. Sure enough, it was the same guys I saw earlier at the fuel dock. The story I heard was that "Hacksaw" went down and these guys had no GPS and no way to relay their position. It was only through the help of a party boat out there fishing that they were rescued.

These rich nut jobs have NO business operating a boat in the ocean unless they are USCG certified for their size vessel and also need to be rated for weather conditions. I hope this moron is sent a bill for his incompetence!

Praise for the USCG!!...always there when you need them.

What are those two large things on the horizon in some of the shots. Almost look like buildings, too tall to be a ship?

What a great effort by the marine patrol and the coast guard cutters and plane. Outstanding effort folks.

I hope they got the bill or a very large ticket. No seamanship whatsoever.

See what happens when you do not go back for, "a bigger boat."

This Formula (Paradise) owner has Very little boating knowledge and Zero common sense! He should stick to the Intracoastal..

Notice how the search plane orbits the cutter. Another DUH!!!!

This video!! What a friggin' joke man!! Pathetic!!

Did all these boats and a plane go out to rescue one boat ?

Two Points:
1. Used boats are like hotcakes on the seller market - so fraud is not likely
2. Them damn Homeland Security grants bought some fancy boats for the copers

Wow, at least if you do something stupid in Miami they really send out the cavalry!

It sure was good to see them get safely towed back in!!

Wow made a May Day call just for an engine failure what a piece of d*ck, 1 airplane and like 6 boats went for them... the radio antena wasn’t even placed, please stay qualified out there

Way ta go Coast Guard, you guys are the best!!!!

Not very bright left with a broken antenna

My parents bought their first boat in 1968 and kept one until the late 1980s. There was a clear deterioration in maritime skills and certainly protocol over the years. The problem of course is that these clowns can kill people.

Why are there so many policeboats responding from different agencies?

That response was quite impressive! I wonder what the costs involved for the rescued were?

Stay safe out there

I cant see why you would be so stupid not to wear a life jacket in those condition's.

I am no boater, but I would at least have had some flares and smoke signals on board to help others locate you should you run into distress.

Heart warming to see how many professionals spring into action at a moment's notice to protect life. Even if they are interfering with Darwinism..... Never figured out how stupid people are able to earn enough to afford doing stupid shit in expensive toys.

With the sheer lack of knowledge and common sense in and around FLA , the boating industry has got to be the number one industry. Ive spent most of my life in and around the water since I can remember being able to walk and have seen enough to know one thing without any doubt what soever.
We are constantly told how police and fire fighters risk themselves etc etc etc and you really never hear anything about the USCG or any of the agencies that police and run rescue on the water . Saying they go out when everyone else is coming in doesnt really do them justice . The last thing most boat owners want to do is pickup that hand set and call mayday so things are are their worst in an environment we really dont belong in and wants to kill us.
Kudos to the men and women that go out scared shitless half the time by what they are facing to help another human come back home... These agencies do not get enough credit for what they face and what they have to overcome to do the job they have. Mother nature has no rules or laws and she doesnt care not even one little bit what any of us think of that... She is unforgiving and merciless. And these folks go tangle with her moods regularly....

Typical kook, thinks he’s cool but has no boating skills. Infuriating to see because this type of behavior raises costs from insurance companies to rescue personnel. All the resources spent saving this kook, smfh.

Excellent idea to use the radio traffic in the vid, well done! 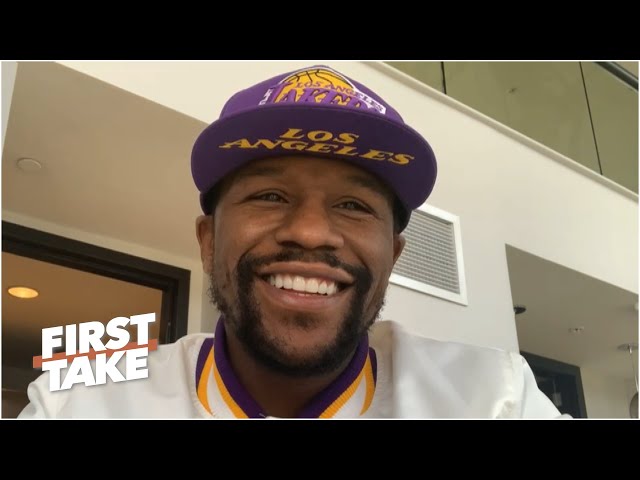 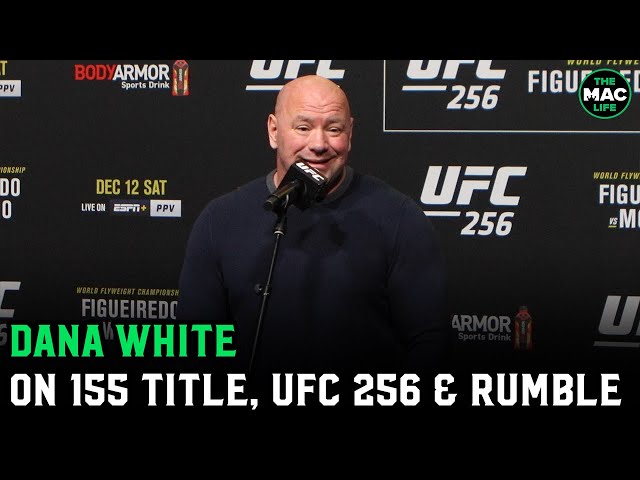 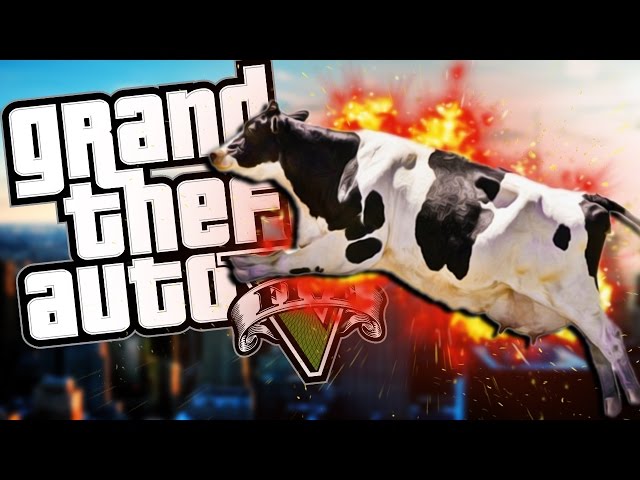 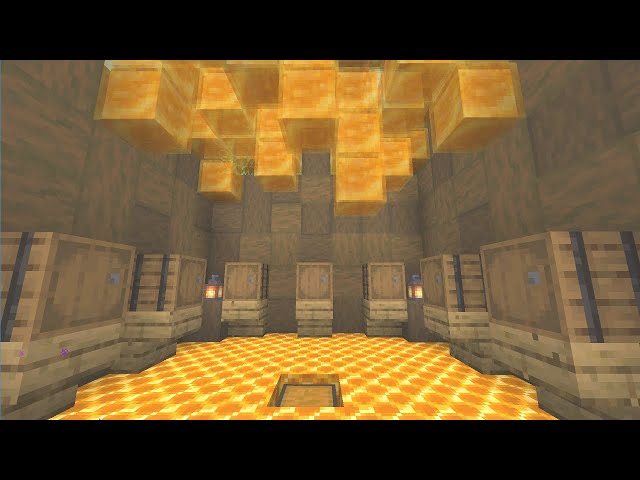 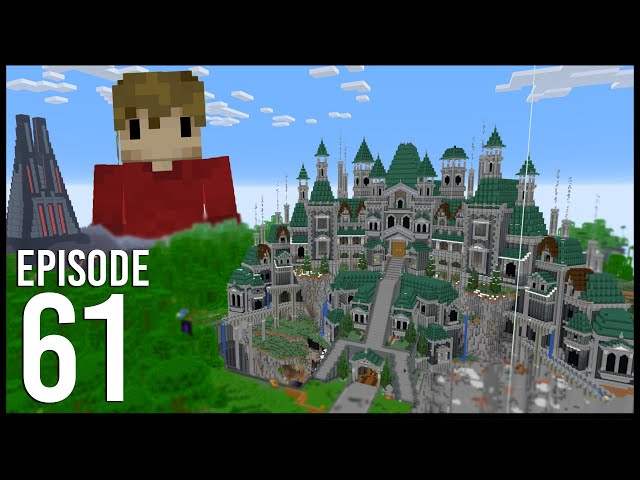 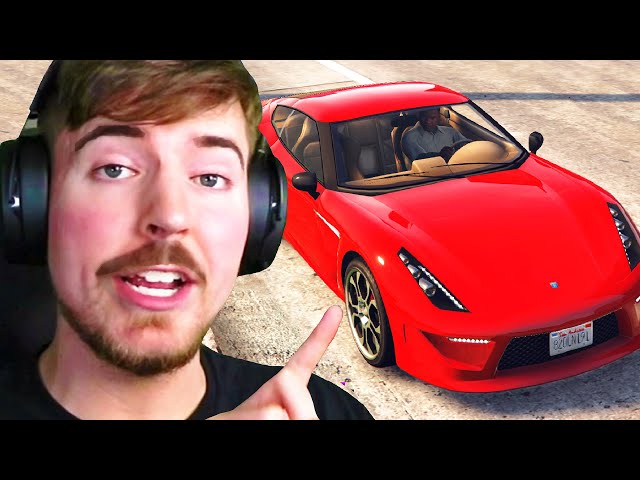 Can You Survive The Massive Tsunami?
MrBeast Gaming
15 123 039 views